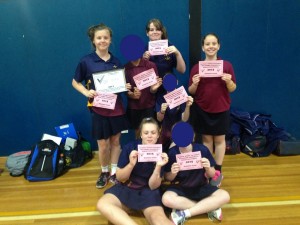 On Wednesday the 21st of October the boys and girls volleyball team went off to represent our school having both progressed to the District competition. Both teams competed valiantly, and whilst the boys were knocked out (only narrowly losing) the girls won the Grand Final and will now progress to the Southern Metro competition. Once again, our students represented themselves and their school beautifully. A big thanks to Mr. Barden for organising the day and to April for coaching both teams!